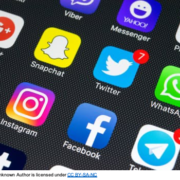 The President of the United States is no different.  The pervasive reach of Twitter made the social media giant President Trump’s preferred method of communication with supporters and with the American public.  Then, in May 2020, due to tweets from the President containing information which was questioned by Twitter and other organizations, Twitter announced it would begin fact checking the President’s tweets and adding fact checking labels to those tweets. Shortly after the announcement, Twitter added fact check labels to two of the President’s tweets: one regarding mail-in voter ballots and voter fraud and one regarding voter fraud in general.

As a result, on Thursday, May 28, 2020, President Trump signed an Executive Order (the “Order”) which aims to curtail social media’s ability to perpetuate freedom of speech on the Internet by scaling back these companies’ legal liability protections under Section 230 (“Section 230”) of the Communications Decency Act of 1996 (“CDA”).  President Trump prefaced the signing of the Order by stating that this Order was a major step towards defending free speech and reducing the influence of a small number of monopolistic technology companies.  The President justified his action by explaining that social media companies have not acted in good faith and have abused the protection provided by the liability shield under Section 230 when they “censor opinions” and retract speech with which the companies do not agree.

Although the CDA was originally drafted and passed to regulate online speech in the areas of online obscenity and child pornography, the CDA contains one of the most important sections in Internet law regarding the protection of freedom of expression and innovation on the Internet.  Section 230 of the CDA provides extensive protection to online companies by shielding them against liability for information or opinions posted by third parties on their sites.  This provision protects online computer services from efforts to hold companies liable for anything third parties say or do on their platforms.

Section 230’s protection against legal liability for the speech of others allows online innovations and Internet free speech to continue to thrive.  By allowing online computer service providers to not be treated as publishers of content and by shielding these companies from legal responsibility for the content posted on their sites by users, Section 230 promotes freedom of speech on the Internet and fuels Internet innovation and growth. Section 230 creates a safe haven for websites to provide controversial content and political speech.  And, it provides a legal environment that encourages free speech.

Online companies assert that Section 230 gives them the ability to empower people and organizations from a range of backgrounds and beliefs and gives these groups a voice and a platform to reach their audiences.  They maintain that if the Section 230 liability shield is diminished or eliminated, they will be encouraged to censor content on their sites.  This will harm online speech and threaten future freedom on the Internet.

However, according to the President, the actions of online companies under Section 230 protection are a threat to freedom.  President Trump argues that social media giants and technology companies abuse the protection provided under Section 230 through censoring and editing of communications posted on their sites by private citizens for public audiences’ review.  He states that the immunity enjoyed by online companies has lasted too long and should be curtailed.

The President’s Order addresses a number of issues ranging from the First Amendment and content censorship to restricting online federal advertising and initiating federal and state reviews of what the President deems online companies’ unfair or deceptive acts.  The first section of the Order discusses free speech and social media companies’ power to “…shape the interpretation of public events; to censor, delete, or disappear information; and to control what people see or do not see.” The Order specifically targets

“…among other troubling behaviors, online platforms ‘flagging’ content as inappropriate, even though it does not violate any stated terms of service; making unannounced and unexplained changes to company policies that have the effect of disfavoring certain viewpoints and deleting content and entire accounts with no warning, no rationale, and no recourse.”

The Order states that “[w]e must seek transparency and accountability from online platforms, and encourage standards and tools to protect and preserve the integrity and openness of American discourse and freedom of expression.”

Section 2 of the Order, Protections Against Online Censorship, reviews Section 230 of the CDA.  This section explains that the immunity from liability under Section 230 is one of the rules governing the debate for a free and open forum on the internet.   The Order states that

“[i]t is the policy of the United States that the scope of the immunity should be clarified:  the immunity should not extend beyond its text and purpose to provide protection for those who purport to provide users a forum for free and open speech, but in reality use their power over a vital means of communication to engage in deceptive or pretextual actions stifling free and open debate by censoring certain viewpoints.”

According to the Order, Section 230 freedom from liability should be limited to apply to social media companies acting in “good faith” to eliminate content that is objectionable.  Section 230’s liability shield should not be available to online platforms which remove content “…to stifle viewpoints with which they disagree.”  When online platforms “censor” online speech, “…such a provider should properly lose the limited liability shield of subparagraph (c)(2)(A) and be exposed to liability like any traditional editor and publisher that is not an online provider.”  Through the Order, the President requires all U.S. government departments and agencies to narrowly interpret Section 230 and the Department of Commerce to file a petition for rulemaking with the FCC requesting that the FCC clarify when the Section 230 liability shield applies to interactive computer services. Thus, while the Order addresses freedom of expression on the internet and the country’s history related to the First Amendment, the Order aims to redefine internet free speech by limiting or in certain instances eliminating social media companies’ immunity to liability for content posted on their sites by third parties.

In response to the Executive Order, the Center for Democracy & Technology (“CDT”) filed a complaint in D.C. federal court alleging that the Executive Order violates the First Amendment, attacks the free speech rights of U.S. citizens, and tries to chill constitutionally protected free speech rights of Americans. The CDT suit also alleges that the Executive branch does not have the authority to redefine or repeal Section 230.  In their view, the Administration is usurping the power of the Legislative and Judicial branches of government.

While the technology companies, the media and the American public await the determination  of the Courts, the FCC will review the Administration’s request for clarification regarding the circumstances when online companies can lose their liability shield under Section 230, leaving them liable for anything that users place on their sites.  Congress will enter into congressional inquiries.  And, the net effect may be a lot of drama with no change.

The FCC is not obligated to respond to the Trump administration’s request for rulemaking clarification or to enact new rules.  In order to effectuate any real change to Section 230, Congress must create a new law or amend Section 230 of the CDA.  Democrats and Republicans will have to put politics aside and come together to pass such a law.  Support of a bipartisan bill targeting Section 230 has broken down due to partisan politics.  The Republican agenda to end what they see as unfair bias against conservative users and websites and the Democratic agenda to stop, in their opinion, Republicans’ attempts to gain political advantage in an election year and to advance the Republican political agenda has driven the parties further apart with each party drafting its own reform bill.  The likelihood that the parties will agree upon a unified bill any time soon is unlikely.  Without a new law, the Executive Order has no real authority to end Section 230 protections. 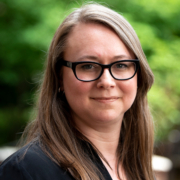 CHHS Public Health Program Director Trudy Henson has been appointed to Attorney General Brian Frosh’s Covid-19 Access to Justice Task Force. The Task Force, under the auspices of the Maryland Access to Justice Commission, was set up to address some of the “significant challenges” to Marylanders arising out of the epidemic, including access to legal advocacy on housing, civil rights, public benefits and other matters. From the Office of the Attorney General:

This Task Force brings together high-level and diverse leaders with expertise in a myriad of sectors including health, disaster recovery, business, government, housing, and many others to confront these new challenges.  The goal of the Task Force is to ensure that when Marylanders encounter the civil legal system, justice is accessible, fair and equitable.  Equitable access to the civil justice system will protect public health, spur economic recovery and growth, and reduce further harms to the most vulnerable. The Task Force will focus its efforts on the key short-term and long-term civil legal issues created or exacerbated by the COVID-19 pandemic, including housing, consumer fraud and debt, and public benefits.  It will also address the looming deficit in civil legal aid funding and the disparities in outcomes among communities of color.  The Task Force will develop strategies, devise solutions, and drive reforms and innovations necessary to ensure equity, fairness and access to justice for all Marylanders.

Trudy Henson has been with CHHS since 2007 and has led CHHS’ Public Health program for the past six years. She will join other University of Maryland community members, including Francis King Carey Law School Dean Donald Tobin, on the Task Force.

Teaser: This week on Episode 9 of Hotwash, Trudy and Christine talk vulnerable population planning, discuss why it’s important, and provide some best practices for our listeners

This week on Episode 9 of Hotwash, Trudy and Christine talk vulnerable population planning, discuss why it’s important, and provide some best practices for our listeners.

Teaser: We’ve discussed the COVID-19 pandemic from the perspective of public health, behavioral health, and recovery, but we thought it would be interesting to look at it specifically through the lens of emergency management. We’re joined by Preeti Emrick, a former CHHS staffer, who is currently the Deputy Director of Anne Arundel County’s Office of Emergency Management.

We’ve discussed the COVID-19 pandemic from the perspective of public health, behavioral health, and recovery, but we thought it would be interesting to look at it specifically through the lens of emergency management. We’re joined by Preeti Emrick, a former CHHS staffer, who is currently the Deputy Director of Anne Arundel County’s Office of Emergency Management.

In this episode, Trudy and Christine talk to Lisa Crow, CHHS’ Recovery Planning Program Director. We’re very lucky to have Lisa on, because she is a nationally renowned recovery expert. She is a “forged in the fire” recovery expert: she coordinated Howard County, Maryland’s post-disaster recovery efforts following both the 2016 and 2018 Historic Ellicott City Floods, and she’s here to talk to us today about recovery planning in the time of COVID-19.

Today on episode seven of Hotwash, we’re talking to Lisa Crow, CHHS’ Recovery Planning Program Director. We’re very lucky to have Lisa on, because she is a nationally renowned recovery expert. She is a “forged in the fire” recovery expert: she coordinated Howard County, Maryland’s post-disaster recovery efforts following both the 2016 and 2018 Historic Ellicott City Floods, and she’s here to talk to us today about recovery planning in the time of COVID-19.

In this episode, Trudy and Christine talk to Nicole Kulaga, Senior Law & Policy Analyst, who has worked extensively on planning for mental and behavioral health issues for disasters.