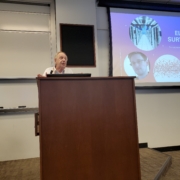 On August 30th, 2021, CHHS, in coordination with the University of Maryland Francis King Carey School of Law, hosted an Anchor event commemorating the 20th anniversary of the September 11th, 2001 attacks. The panel included:

You can watch a recorded version of the event here. 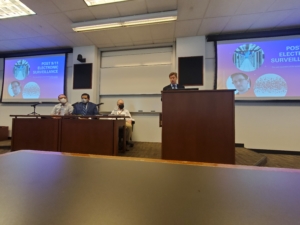 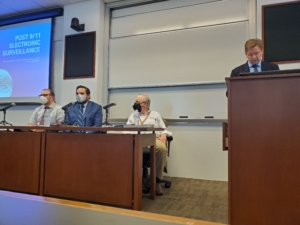 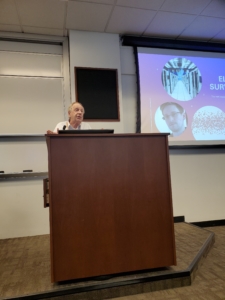 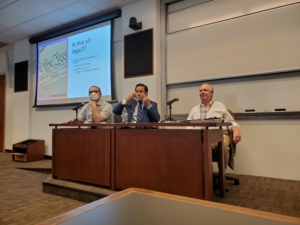 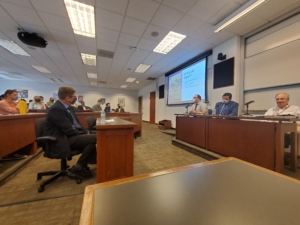 As states begin their phased reopening across the country, the legal and policy decisions made by health officials and governors are bearing full fruit or consequences. Some states, such as Florida and Georgia, which resisted state closures and led reopening, are now facing choices similar to those faced a month ago, but with much higher stakes, as cases of Covid-19 rise and threaten to overwhelm healthcare systems.

The state of Maryland, which was one of the earlier states to see cases rise, has led by example. With Governor Hogan at the helm of a substantial team of medical and public health experts, closures in the state of Maryland were carefully timed, well-communicated, and followed the best medical and scientific knowledge available for a novel virus. Maryland citizens, for the most part, were exemplary in their willingness to engage in measures to make themselves, their family, their neighbors, and their community safe. This is the bright spot in this pandemic; Maryland and its residents have risen to the challenge of this pandemic, and each day there are more stories of everyday acts of heroism.

Where Maryland has mirrored the country at large, however, is one of the dark spots in the pandemic: the disproportionate effect Covid-19 has had on residents at long term care facilities (LTCFs). According to CMS data, as of June 14th,  over 40% of the approximately 115,000 Covid-19 related deaths in the US have occurred at LTCFs. Some of these deaths captured national headlines, such as outbreak at Life Care Center, in Kirkland, Washington, where 37 residents died, and dozens more residents and staff were sickened or exposed.

The rule, which requires LTCFs to have emergency plans, communication plans, and twice-yearly testing and exercises, had the ability to create a much-needed, federal-level culture shift within the LTCF industry. Unfortunately, its implementation was hampered by a new administration that announced almost immediately it would work to roll-back provisions of the rule, and approached enforcement in a lackadaisical manner. More fatally, the CMS EP rule, while quite thorough in its requirements, was not coupled with any federal grant funding to help facilities meet the new requirements—many of which, such as functional or full-scale exercises—can far exceed the cost estimates CMS provided.

As we have seen in other facets of the US, changing a culture, whether in a workplace or elsewhere, takes time, effort, education, and, importantly, funding. Nursing homes throughout the country are filled with workers who are trying to do the right thing, while constantly being asked to do more with less—less money, less time, less staff. During Covid, the workers in LTCFs have become surrogate family to residents who can no longer see their own families because of visitation restrictions; these workers have coordinated video calls for families, updated caregivers on the residents’ status, and sat beside patients, reading books to those who are ill, and holding the hands of those who are dying. What LTCFs lack is a well-funded, systemic push to make emergency preparedness an integrated part of the work culture, as natural to LTCF workers as compassion is.

During this pandemic, Maryland has led the country as a state responding to a public health emergency in a measured way, as it has done so many times before. During the West African Ebola outbreak in 2014, Maryland introduced science-based quarantine and isolation policies that protected public health while safe-guarding civil liberties. Where Maryland has learned hard lessons it has made changes to safeguard residents from future harm, such as requiring backup power for dialysis centers after residents were left without access to life-saving services.

Now, Maryland should pool its strength as a healthcare and public health leader to lead the nation’s change in culture for LTCF emergency preparedness. Working with LTCFs to review infectious disease protocols, ensure case reporting, and distributing testing kits—as Maryland has now done—is critical. But Covid-19 will end, and one of its enduring legacies should be that it brought about a revolution in LTCF’s emergency preparedness, creating a nation-wide culture of safety for medically-vulnerable residents and staff no matter what the threat. Meaningful implementation of the CMS Rule can help create that culture of safety, and ensure that whatever the next emergency is, Maryland’s LTCFs are ready.

The Summer 2018 newsletter is now available. Click on the link below. 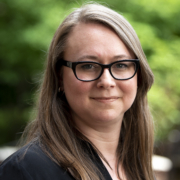 CHHS Program Director Trudy Henson joined the Maryland State Bar Association on Monday, May 4th for a webinar on issues relating to the ongoing COVID-19 pandemic. The webinar is intended to provide crucial information to lawyers and law firms looking to resume normal operations.

Join CHHS Public Health Program Director Trudy Henson, and Senior Law & Policy  Christine Gentry for a talk to about the World Health Organization in context of COVID-19.  Episode 2 of the is now available on our podcast page. With billions of people around the globe staying home due to the Covid-19 pandemic, an increasing amount of social and business meetings have moved to the different video conferencing platforms available today. Among this wide software offer, Zoom has become one of the most popular options: as the go-to app for many schools and colleges, employers, and even some governments, this app has also become one of the most commonly used for social and cultural gatherings. With Zoom’s ubiquity on these pandemic-times, several privacy and security issues have been identified.

For instance, Zoom’s privacy policy has recently been the target of concerns by Consumer Reports (CR) and the Electronic Frontier Foundation (EFF). The main complaint was that app’s terms included the right to collect the video and text content of Zoom meetings, and to share it or use it for advertisement or other business purposes. In the same vein, a Vice investigation exposed that Zoom’s iOS app was sending some user data and analytics to Facebook, regardless of whether they had a linked Facebook account or not. Zoom’s reaction was to quickly make some changes; the company updated their iOS app to stop this sharing with Facebook, and–maybe more importantly–they made some “clarifying updates” to their privacy policy, ostensibly addressing these issues.

Another thing to consider is the power other users and meeting host have to record video, audio, screenshots and chat messages during sessions. By having an open mic or camera, Zoom users are exposed to having their privacy breached during meetings, the contents of private communications compromised, and–as we have seen lately–to potentially become viral sensations. To address this privacy issue, the best practice is for users to activate their mic only when speaking, and–if one decides to activate the camera as well–to use the app’s built-in feature that lets them choose a photo as their video background. This way–by controlling the audio and video being broadcasted to the rest of the meeting–users can minimize the risk of having unintended disclosures or leaks of private information.

The new reality of work and social Zooming has also come with cybersecurity problems. On one hand, there has been a surge in Zoom site spoofing and phishing attacks by cybercriminals, specifically targeting people working from home. These are pretty run-of-the-mill attacks–like the common Netflix or App Store spoof phishing emails–and they can be avoided in the same ways.

On the other hand, internet trolls have started to crash into Zoom meetings by exploiting the app’s settings. In fact, this problem has become so prevalent that Zoom specially created a guide for users to avoid getting uninvited guests. It is evident that the unwanted display of pornography, threatening language or hate speech during a meeting can be disrupting; moreover, the fact that these trolls can also record and publish user reactions to them is concerning, especially on the many K-12 schools using the app.

As the Covid-19 pandemic continues to expand, our dependence on the tools that–like Zoom–allow us to study, work, and socialize from home will deepen. In turn, users will be increasingly vulnerable to these and other privacy and security issues. As we have seen in the past few days, law enforcement is already aware of this situation, and have started investigating the associated criminal activity. In the meantime, users must learn how to use this technology safely and responsibly, keeping up with the associated risks and their management.

CHHS is a nationally recognized expert in business continuity planning. Please contact Eric Oddo at eoddo@law.umaryland.edu for more information on how CHHS can help maximize your organization’s resilience during an emergency.

The University of Maryland Center for Health and Homeland Security (CHHS) is proud to release its quarterly newsletter for the Summer of 2019. This edition features in-focus reports on three program areas: academics, recovery and public safety technology. It also includes a message from our Founder and Director, Michael Greenberger.

Check it out here: 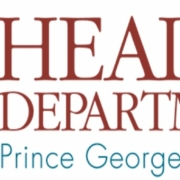 On July 19th, 2019, the Prince George’s County Emergency Preparedness Program and Partners will facilitate a Full Scale Exercise to practice mass medication dispensing capabilities. We are currently seeking volunteers to serve as clients to walk through a point of dispensing (POD) at Largo High School. Volunteers will be needed from 9:00 am until 12:00 pm. Please sign-up below: