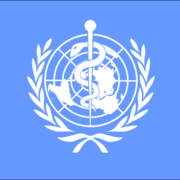 Amid the COVID-19 pandemic, public entities which the public had previously rarely heard became commonplace. One of these is the World Health Organization. The WHO’s role in public health emergencies is commonly discussed- pulling together a global network of experts and governments to provide guidance and resources to address the situation at hand. Given its central position in the COVID-19 pandemic response, it is important to understand not only its many functions in other efforts but also key pieces of context for its efforts.

This international body connects nations, partners, and people to promote health, keep the world safe, and serve the vulnerable. They were established under the 1948 Constitution. Through a UN body called the International Health Conference in 1946. Some of the 61 initial signatories include China, the US, the UK, Venezuela, Ukraine, Switzerland, Turkey, South Africa, etc. Notably, the WHO was not meant to be housed under the UN. The body exists as its own international organization, and 10 of its original signatories were not UN members.

The WHO has grown since its inception. The principal organs are the World Health Assembly, the Executive Board, and the secretariat. Their governing body, the WHA, is a gathering of delegates from all 194 current member states. This assembly determines policy, budgeting, and administrative actions. The Executive Board is made up of individuals “technically qualified in the field of health” from 32 elected member countries. The WHO constitution authorizes the board “to take emergency measures within the functions and financial resources of the Organization to deal with events requiring immediate action. In particular, it may authorize the director-general to take the necessary steps to combat epidemics and to participate in the organization of health relief to victims of a calamity.” The secretariat, headed by the director-general, is responsible for technical and administrative personnel of the WHO. It also coordinates the efforts of localized branches. Much of the on-the-ground work done by the WHO is decentralized aside from coordination coming from the secretariat.

In addition to participating in the assembly and other leadership positions, member states are responsible for funding the organization. Funding is calculated by taking a percentage of GDP from each member state. Voluntary funds may be contributed above that value by nations. Outside partners may also donate voluntarily. According to 2021 funding spreadsheets published by the WHO, the United States has contributed 22% of the annual budget in 2019-2021. Other significant contributors include the United Kingdom (4.56%), Japan (8.56%), Italy (3.3%), Germany (6.09%), and France (4.43%). The total budgetary contributions of member states totaled 977.9 million USD for 2020-2021.

As for the mission areas of the organization, the WHO is involved in emergency management as well as promotion of access to healthcare for all. This takes on many forms. In times of peace, WHO leads efforts to expand universal healthcare and promote healthier lives. They focus on globalized efforts to address social determinants of health outcomes and expansion of healthcare resources in developing nations. (INCLUDE PROGRAMS AND NATIONS) They are continuously monitoring high-impact communicable diseases which do not constantly make the headlines. The ultimate goal is eradication of such diseases. Through broad data collection, the WHO is a resource for understanding the big picture of the world’s health.

In emergencies, the WHO provides a centralized voice of experts around the world outside of state governments. By uniting scientists in a formalized community, nations are provided with learned guidance on the situation and scientific advances are disseminated more quickly. All of this increases efficiency in emergency responses and improves scientific backing in public health policies as related to a constantly evolving global pandemic. Developing nations are also able to find support in creating healthcare policies to respond to unique circumstances. The organization’s role is unifying global efforts in public health and providing resources to nations that request assistance.

One unfortunate reality of entities which rely on funding from certain more centralized sources, like the WHO, is the risk of politicization of their efforts. The risk was laid bare in the Trump administration’s decision to cut US funding to the WHO in April of 2020. No matter the factual background of this decision, the impact of cutting over 20% of the organization’s budget in the beginning stages of a global pandemic left a mark on the policies. Through these circumstances the WHO can be buffeted by the storms of international political discourse.

So, as the world becomes aware of an international organization which provides so much information to the COVID-19 response, it is important to maintain a balanced perspective in interpreting the information coming from the WHO. No organization can completely rid itself of outside influence and bias. The centralization of expert discourse and collaboration among nations is an amazing feat of international cooperation which should not be discounted. However, the influence of powerful nations, as in any international body, must not be underestimated. No matter the source of scientific information, it is important to be informed of the outside biases implicated in publications and press conferences.

Michael Greenberger, Too Big to Fail Banks Regulatory Alchemy: Converting an Obscure Agency Footnote into an “At Will” Nullification of Dodd-Frank’s Regulation of the Multi-Trillion Dollar Financial Swaps Market, The Institute for New Economic Thinking (Jun. 19, 2018),