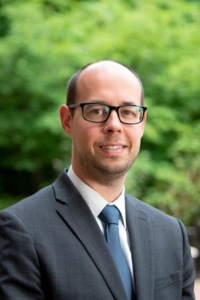 Markus Rauschecker joined the University of Maryland’s Center for Health and Homeland Security (CHHS) in March 2008. In his capacity as CHHS’ Cybersecurity Program Director, Mr. Rauschecker focuses on legal and policy issues in cybersecurity. He works with government agencies and the private sector to increase their understanding of the many legal and policy issues they face in cybersecurity. Through CHHS, Mr. Rauschecker supports clients with planning, training, and exercises to enable them to better prepare and respond to cyber incidents.

Mr. Rauschecker has been published on cyber issues in such outlets as the Maryland Law Review, JURIST, the American Bar Association’s Law Practice Today, and U.S. Cybersecurity Magazine. He has discussed emerging cybersecurity threats for local and international news outlets.

Through CHHS, Mr. Rauschecker has also been a lead Planner for the District of Columbia’s Continuity of Operations (COOP) program. In that role, he drafted an Executive Order, signed by the Mayor, which ensured that all District agencies had plans that would enable them to continue performing essential functions during and after any type of emergency. Mr. Rauschecker worked with agencies to develop and update their COOP plans. He also served as an instructor for the Department of Homeland Security certified COOP course and represented the District of Columbia at national and regional COOP conferences.