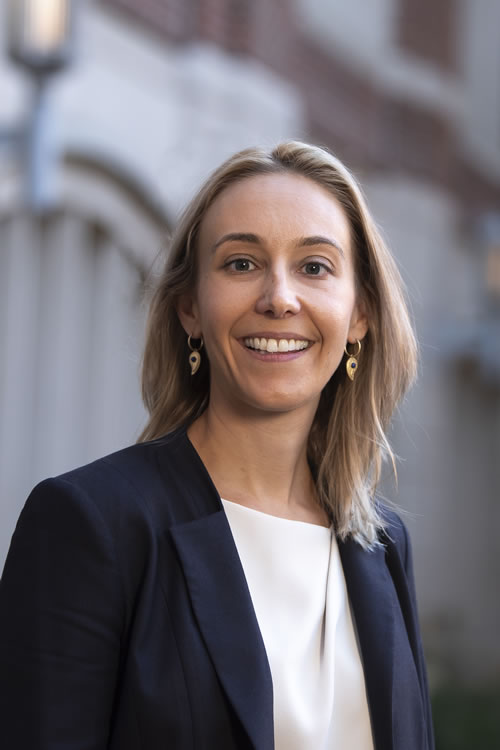 Heather Shaivitz rejoined CHHS in 2008 as an Associate Director after previously working at CHHS as a Law Fellow in 2004 – 2005.  Ms. Shaivitz holds a BA in Political Science from Gettysburg College and a JD from the University of Maryland, Francis King Carey School of Law. While in law school, Ms. Shaivitz served as the Executive Editor of the Journal of Health Care Law & Policy, interned with the Office of the Federal Public Defender, and worked as a law clerk for the law offices of Andrew C. White. She is admitted to practice law in Maryland.

As an Associate Director, Ms. Shaivitz oversees many administrative functions at CHHS including overseeing hiring, procurement, and contracting. She also provides leadership for many of our projects.  One of her primary responsibilities is overseeing the Senior Crisis Management Seminar program with the U.S Department of State.  As the lead on this projects, Ms. Shaivitz has successfully coordinated over 30 week-long crisis management and legal seminars for foreign delegations from around the world.

Prior to rejoining CHHS, Ms. Shaivitz was a senior consultant at Booz Allen Hamilton in McLean, VA. While at Booz Allen she supported FEMA’s National Preparedness Directorate, worked on National Capital Region (NCR) strategic planning, and provided COOP support to the Army. Before going to Booz Allen, Ms. Shaivitz served as the NCR liaison for Maryland. In this role she supported the director of the Maryland Emergency Management Agency and the director of the Governor’s Office of Homeland Security and made policy recommendations regarding federal homeland security funding.

As an Associate Director for CHHS, Ms. Shaivitz has had a hand in all projects coming into the Center.  Key projects include the U.S. Department of State seminars and all contracts in Montgomery County, Maryland.