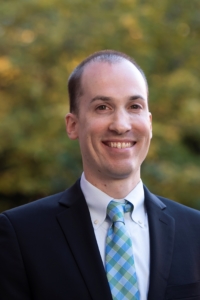 Eric Oddo joined CHHS in September 2008. He is a subject matter expert in the development, implementation, and exercising of Continuity of Operations (COOP) programs for governmental, quasi-governmental and institutional entities. He is a FEMA Level 2 Master Continuity Practitioner and has built continuity programs from the ground-up for large, complex organizations such as the Maryland State Highway Administration (SHA), Washington Suburban Sanitary Commission (WSSC) and Housing Authority of Baltimore City (HABC).

Eric also specializes in the development, facilitation, and evaluation of discussion-based and operations-based emergency exercises consistent with HSEEP standards and best practices. He has successfully completed both E132 and E133 of FEMA’s Master Exercise Practitioner Program (MEPP) at the Emergency Management Institute (EMI) in Emmitsburg, MD.

Other notable projects Eric has led include an update to Baltimore City’s Mass Evacuation Plan, a line of duty death investigation for a fallen firefighter in Frederick County, and teaching continuity planning to Department of Defense (DOD) officials at the Pentagon.

Eric is a graduate of the Maxwell School of Citizenship and Public Affairs at Syracuse University, where he earned a Master of Public Administration with a concentration in National and International Security Policy, and a Certificate of Advanced Study in Security Studies through the Syracuse College of Law.

While at the Maxwell School, in May 2008, Eric was part of a six-student team that consulted the U.S. House Homeland Security Committee on the current state of security screening effectiveness on mass transit systems. Shortly after, in July 2008, he earned Executive Certificates in Counter-terrorism Studies and Arab Culture and Environment from the Interdisciplinary Center at Herzliya, Israel.

Eric completed his undergraduate coursework at SUNY-Oswego in 2004, earning BAs in Political Science and Criminal Justice.