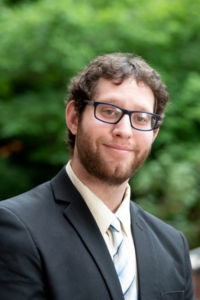 As a law student, Mr. Rubinstein had a combined focus in environmental law and alternative dispute resolution (ADR). Mr. Rubinstein was a finalist in the International Alternative Dispute Resolution (INADR) Mediation Competition in 2015. He was also trained as a transformative mediator and served as an ADR practitioner for the District Court of Maryland in Baltimore City.

Prior to joining CHHS Mr. Rubinstein completed a fellowship for the University of Maryland School of Law, Center for Dispute Resolution.

As a part of CHHS he represented the D.C. Homeland Security and Emergency Management Agency on the D.C. Presidential Inaugural Committee. He currently provides support to the ongoing affairs of the Homeland Security Commission and engages in policy writing.