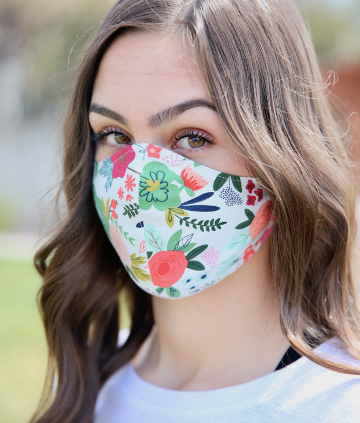 As the COIVD-19 pandemic continues, many Americans are asking if state government regulations mandating the use of masks in public areas are constitutional. To address the constitutionality of state regulations regarding masks, it is crucial to turn to case law precedent set by the United States Supreme Court in the landmark case of Jacobson v. Massachusetts (1905).

In the early 1900’s, Massachusetts was one of the few states that had compulsory vaccination laws in response to the smallpox outbreak. The city of Cambridge, Massachusetts mandated that all adult residents over twenty-one years of age were to undergo vaccination or to be fined a five-dollar penalty. Henning Jacobson—a resident of Cambridge, Massachusetts—refused to comply with the newly passed legislation, claiming to have suffered serious medical complications from vaccinations in the past. In addition, Jacobson argued that compulsory vaccination was a violation of the 14th Amendment’s due process clause, and a violation of his personal liberty protected under the United States Constitution.

The precedent set by Jacobson holds relevancy in contemporary society in the wake of COIVD-19. In an effort to mitigate and respond to COVID-19, many state governors have mandated the use of masks in public settings. Under Jacobson, governor orders requiring residents to wear a mask in public settings is constitutional under the 10th Amendment’s state police powers, and is not a violation of the due process clause of the 14th Amendment because the mandatory use of facemasks is in response to a public health crisis, and serves a greater goal of protecting the life and safety of the public. The use of facemasks and face coverings not only protects the wearer but also those around the wearer from droplets and other bodily fluids that may contain COVID-19. While different facemasks and face coverings offer different levels of protection depending on the sealing and fabric, there exists a widespread consensus within the scientific community that the use of some face covering offers at least some level of protection against the virus.

Although the Supreme Court in Jacobson considered that residents could offer a defense to the mandatory immunization if they could provide evidence by a licensed physician regarding the harmful impact that they would suffer if vaccinated; it appears that not many defenses can be offered for an individual’s failure to wear some sort of face protection during the COVID-19 pandemic. Individuals who experience trouble breathing or some level of asthma, anxiety, claustrophobia, or distress from the use of surgical masks or N-95 masks have the option to adopt face shields which provide a reasonable—although not as effective—alternative to facemasks.

Want to join the discussion?
Feel free to contribute!